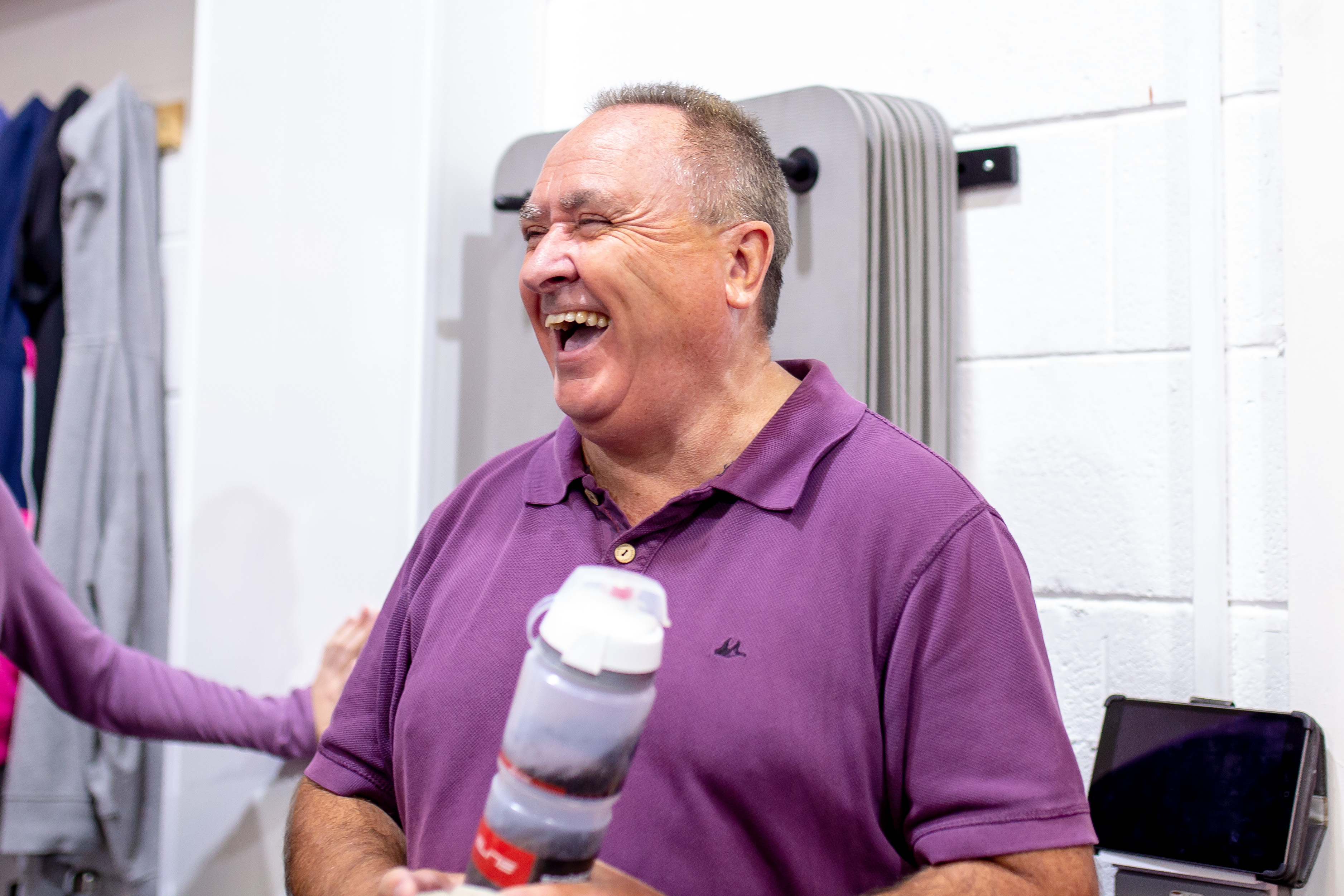 Snow Boarding, Wake Boarding, Jet Skiing, Jujitsu and Football were my passions and interests until I reached 35.

An accident and injury then meant the next 15 years were all about either preparing for an operation, recovering from surgery or going through physio sessions to aid my recovery from 15 operations I endured over that period which culminated in 3 knee replacements. (and I only have two knees)

The impact on my lifestyle was quite dramatic although I tried not to let it take over, steadily my fitness levels decreased, and my ability to do the things I had previously partaken of and enjoyed became almost impossible and in some cases inadvisable due to my restrictions.

The weight crept on over the last ten years or so, and although I managed to drop some at various points, it was never enough to make a real difference and more importantly was never maintained. Late last year I realised I had put on over five stone in weight over that period and it was a bit of a wake-up call for me. 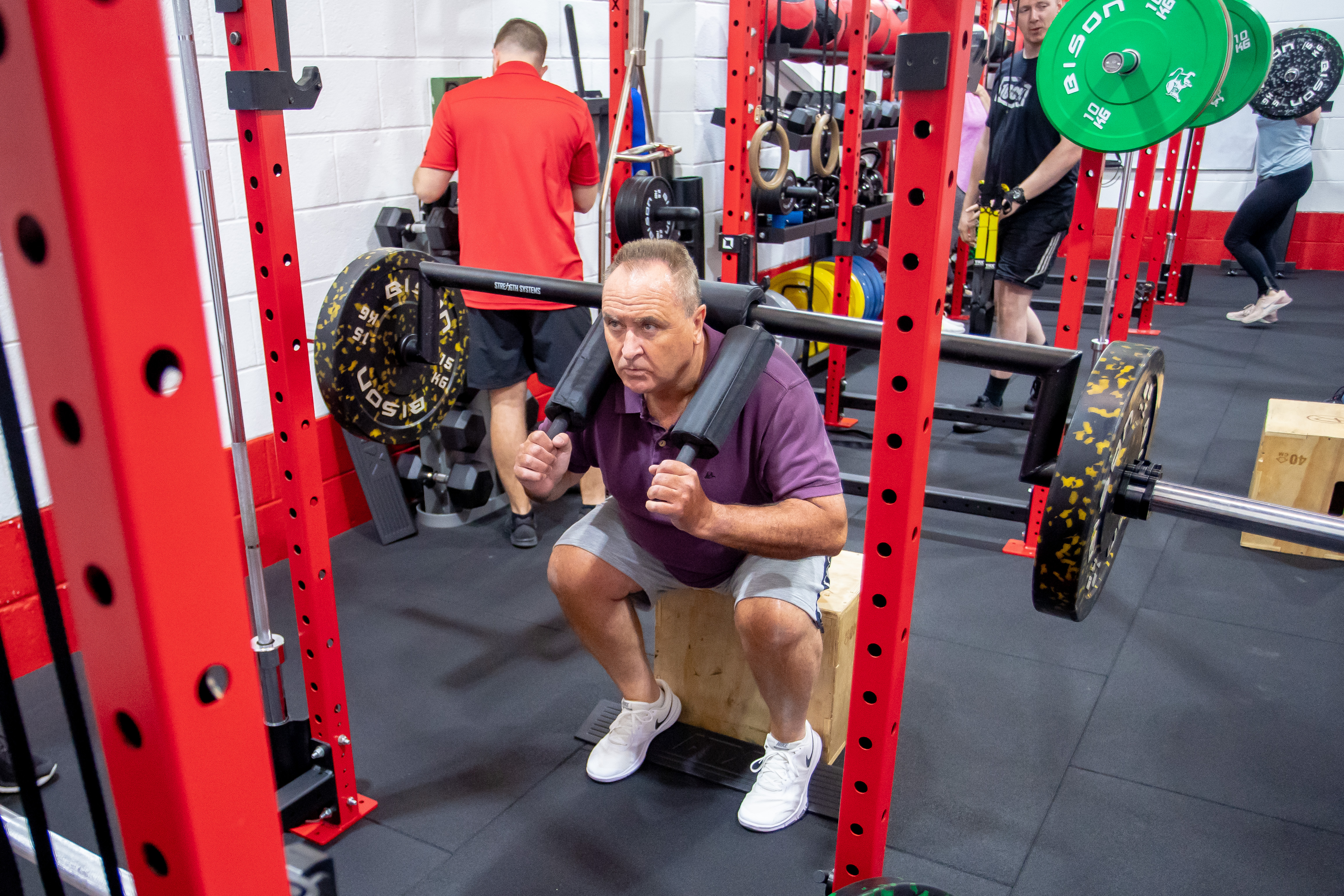 While being no stranger to a gym the thought of regularly going to keep fit has always been a complete no go for me as I have always found them to be boring, repetitive and not very enjoyable. I have always kept fit through doing things I have enjoyed doing be it sport or activities, so I was reluctant to go down the route of a gym. Then a friend recommended a personal trainer called Sean Armstrong.

I did a bit of research and decided to give Sean a call and see if what he offered in terms of small class personal training would be of benefit to me but also could he offer me something bespoke to my requirements and my limitations without me impacting on others there to train. A 20-minute chat over the phone with Sean convinced me I had found the right person to give it a try with and signed up for the 30-day trial.

On January 8th this year, I walked through the doors of Sean Armstrong Fitness for the first time, and I must admit I was dreading it. I didn’t want to be the unfit, fat guy in a gym full of fit people and not be able to compete / train with those around me.

I need not of worried; I was warmly welcomed in by Sean, Martin and the other Gym members all of whom were a mix of men and women of differing ages and abilities, and I spent the next hour going through my first induction session. My knees restrict what I can do and are a constant source of pain, but Sean and Martin worked around them from day one and made sure I did exercises that would help build strength around the knees to help stabilise them. Doing so also helped return some muscle structure to my legs but more importantly stay safe at all times during the process, making sure I didn’t overload them. The range of exercises and variations offered in the sessions is fantastic, and I rarely ever had two sessions the same over the trial period. 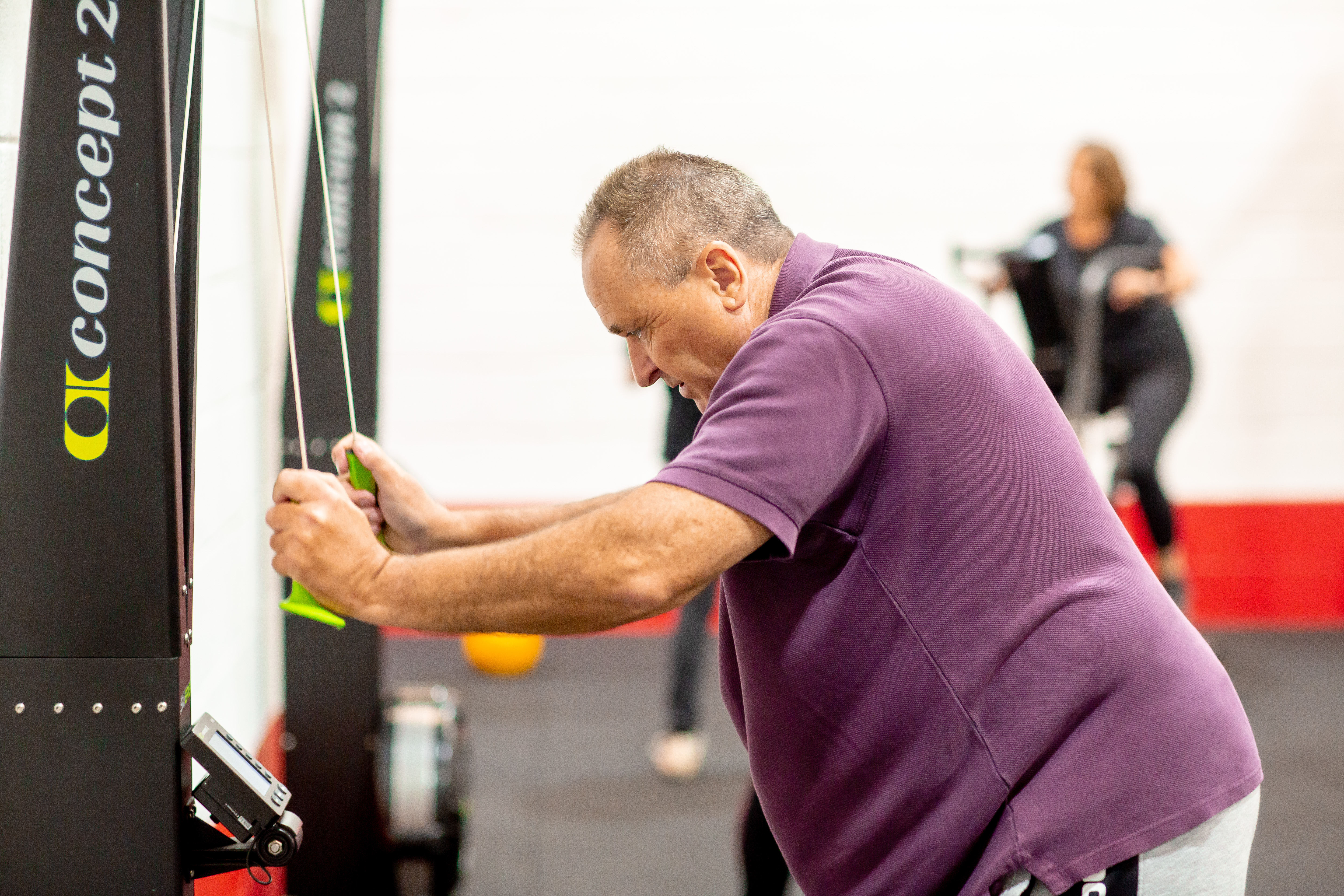 I can honestly say at the end of the first session, I was wiped out and realised just how unfit I had become. I left feeling a mixture of exhaustion, pain, relief that I had made the first step to improve my fitness, but also feeling like I wasn’t sure I would be strong enough to see this through as I struggled to even drive myself home in the car due to my aching body. My recovery time from this session was two days, and it took a lot of positive thinking and support from my family to make sure I turned up for the second of the three times weekly sessions I was doing during the months trial. Sessions 2 and 3 were equally as hard and went by in a bit of a blur, but once I was into my second week of 3 sessions, although they were still as hard, at the end of them I could feel my recovery time was getting less and now down to hours not days. Not only that but I was enjoying them and the fact the people I had the pleasure of training with were great people and we enjoyed the camaraderie of the small group sessions keeping each other going and enjoying a laugh together.

The trial month went over really fast, and after my 12 sessions with SAF, I could not only start to see a difference, but I could feel it in my recovery times from each session. Even though each session never gets any easier, my recovery time from each one was getting less and less. The icing on the cake was that I had dropped 13lbs in those four weeks.

Suitably impressed, I signed up to continue on my journey with SAF, and along with my regular small group personal training sessions, I started to attend the additional Team Training sessions. These sessions are more cardio based and are demanding, energetic, but include a fun range of exercises that done at your own pace. The exercise time may be the same, but the number of reps completed will be different for everybody.

People often ask me, “is it getting any easier?”. My answer is always the same, “NO….. the sessions never really get any easier as the guys will make sure they push you to make sure you can be the best you can be by upping the weight involved in each exercise or increasing the number of reps you do. I am always wiped out at the end of my PT and Team Training sessions as I always put 100% into what I am doing and don’t leave anything in reserve, but the most significant difference is in my recovery, which is now down to minutes and has been a significant revelation. 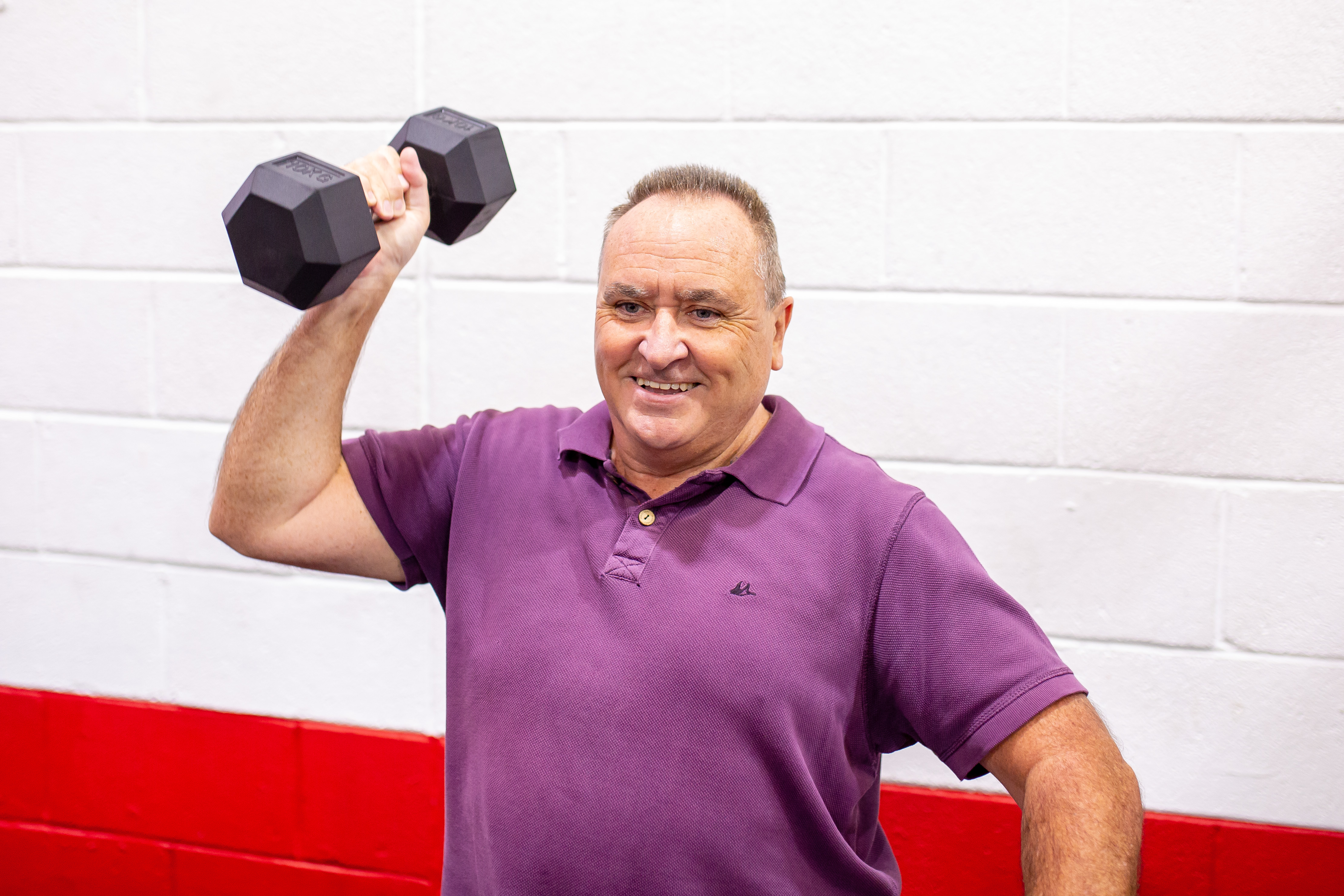 Training regularly four to five times per week for the last 6 months, I can now see a vast difference in my whole body shape, my endurance and fitness levels and my legs are in the best shape they have been in years with muscle definition in all the areas I need to help support my knees with their restricted functionality.

I have also lost a total of 35lbs in that time and although its only half of what I want to lose, I have every confidence that the rest will come off over the next 6 to 9 months as I continue my journey back to a decent level of fitness. I continue to see improvement in my fitness and confidence levels every week while at the same time enjoying the company and camaraderie of some of the friendliest, supportive people I have had the pleasure of meeting. This gym is anything but boring, its fun and a great atmosphere to train within.

Making the decision late last year to change my lifestyle and indeed diet was a very hard one, but was one that needed to be done, and taking that first step on the road to regaining some form of fitness after such a long time meant doing things differently. Sean Armstrong Fitness has been critical in making sure that I did what I had to do and continue to do so. Fitness training will continue to be a significant part of my life going forward for the foreseeable future as I never want to go back to where I was or where I was going.

I would have no hesitation in recommending Sean Armstrong Fitness to anyone who wants to make a difference in their lives and wants to make positive changes to their lifestyle. 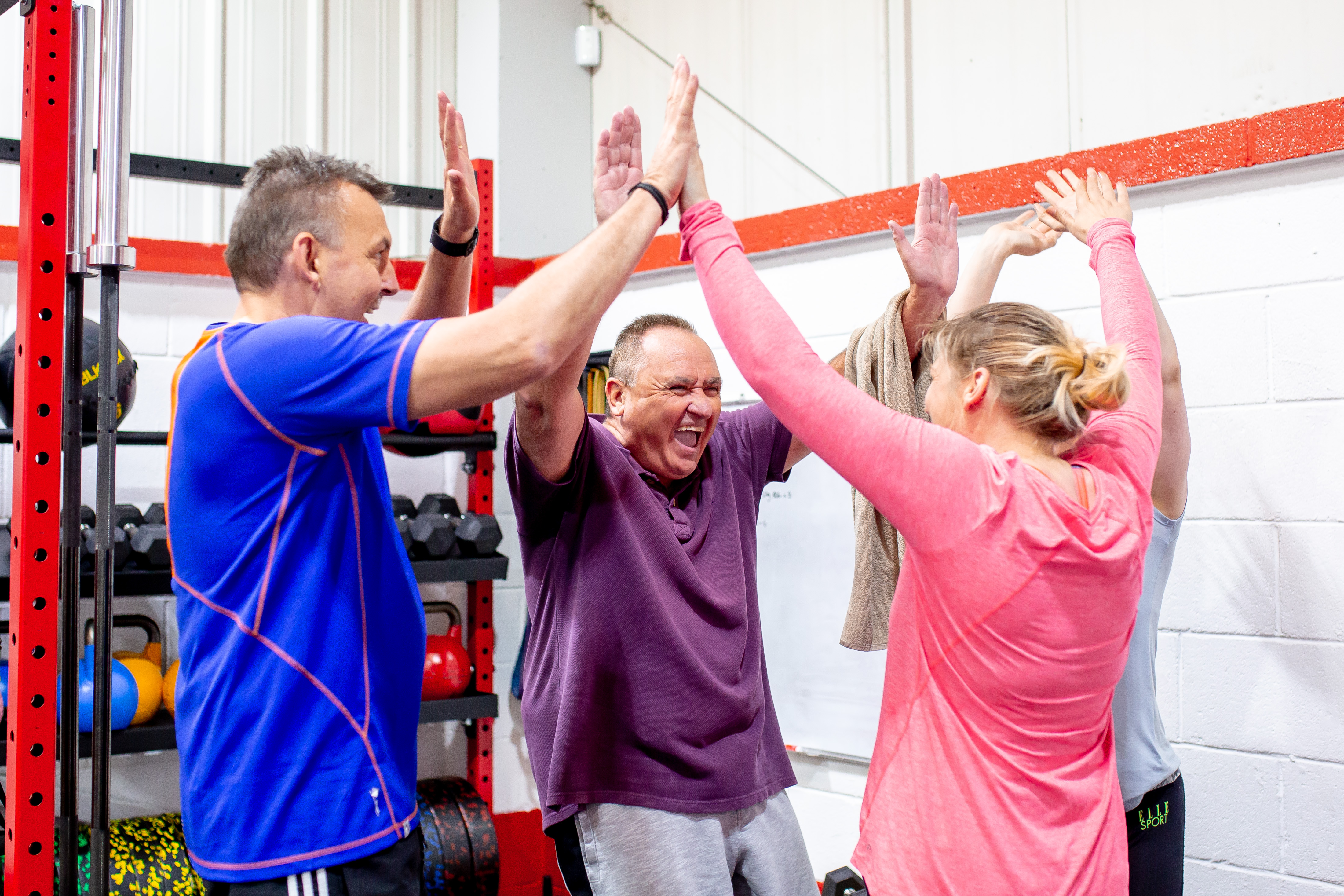 A Brand New Me

Sorry – There’s been an error

It looks like there’s been an error processing your payment.

Thanks for your payment – You’ll be redirected shortly.